Make a Name for Yourself

When Sally Van Laarhoven first decided to open a tanning business, her first obsession was finding the perfect name. Fifteen years later, she’s still in love with the name, and her dedication to perfection with every aspect of Dazzle Me Bronze has not waned a bit. 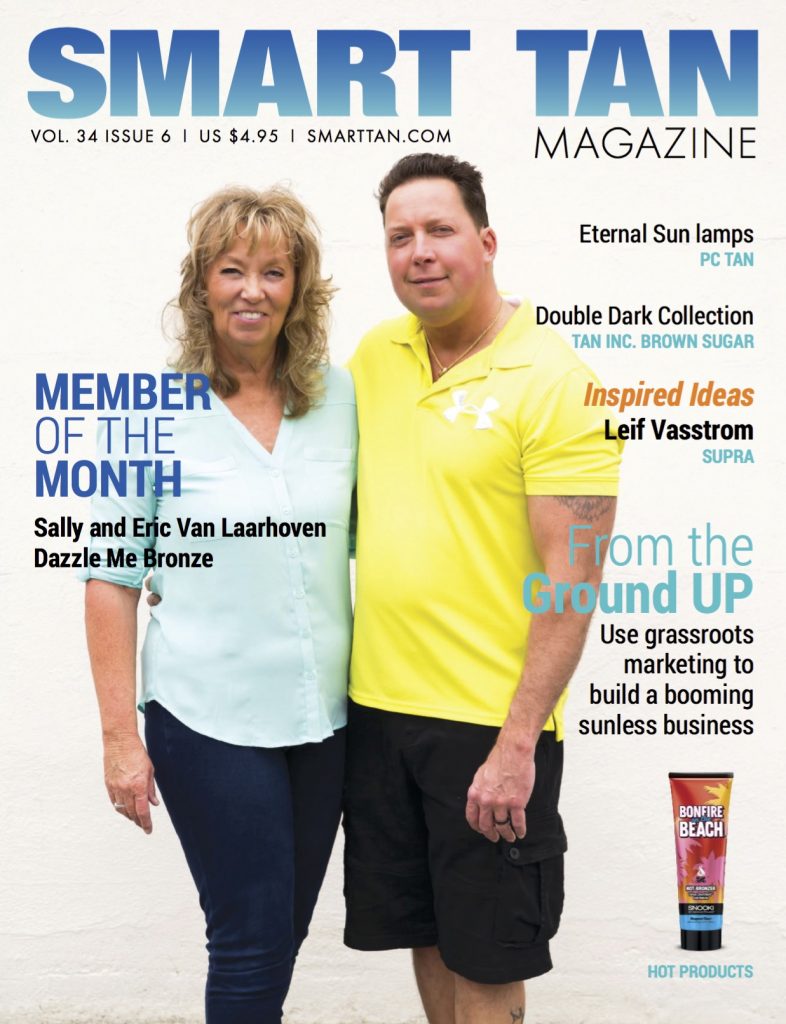 “I’d been looking at some magazines, and any time I saw a name I would write it down. I must have had about 100 pieces of paper, napkins, paper towels. I pulled them out on the living room table and said ‘I like the word dazzle.’ I put that first then came up with Dazzle Me Bronze,” she says. “I didn’t want a name that had sun or tan; I wanted to be different. If somebody came in here, I wanted my name to stand out. As soon as they heard Dazzle, they knew.”

Beyond the unique name, the salon has made its name as a mainstay in its community and a wonderful representation of the tanning industry as a whole. Whether it’s her continued obsession with the business or just her obsession with success that drives her, Sally has been in the salon virtually every day for the past 15 years, making it happen. Her and her husband, Eric, haven’t even taken a proper vacation since they opened Dazzle Me Bronze.

“I’m here, and he’s here on the weekends. It’s a seven days of the week operation. We’ve never been absentee owners,” Sally says. “Even though we could have stepped back, we still wanted to be hands on. I still felt it needed that. You can trust people to a certain extent, but nobody’s going to run and care about it like you do.” 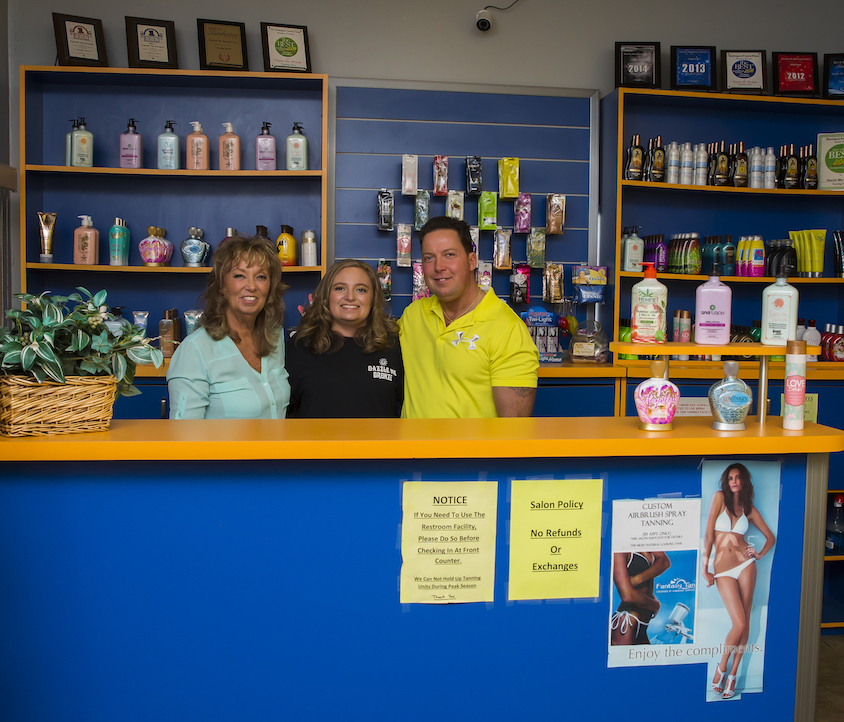 Unlike many owners who we speak with, Sally and her husband Eric were drawn to the industry largely because of their love of tanning as customers. But, when they decided to build a salon of their own from scratch in 2014, it seemed nobody believed in them but themselves.

“We went to seven banks, and they slammed the door in my face. They said ‘You’re never going to make it. You won’t last 6 months. Nobody tans.’ I said ‘No, I believe in this. I know there are tanners and there’s a market in my area.”

Finally, one more imaginative banker, introduced by a friend, took a chance on them.

“I made the drive, and he saw me, and he said ‘I like your determination. I love the name.’ He fell in love with the name. He says, ‘This is interesting. I don’t know much about tanning, but I think you have something here,’” Sally says.

“He says ‘I’m going to take a chance on you.’ I screamed, jumped up and down, and did backflips. I just knew in my whole heart that with Eric behind me and the industry connections I’d already made, I had something that would be a goldmine. He said ‘I’ll lend you half. Can you get started with that?’”

Click here to read the entire article in the latest issue of Smart Tan Magazine online.