It’s going to take more than a pandemic to slow Joe Levy down!

Since March, the American Suntanning Association Director of Scientific Affairs has been working overtime in state capitals around the country to help reopen tanning businesses and keep them open. And, he also found time to make a stop in the Windy City to run a socially-distanced Chicago Marathon. In the process, Levy raised more than $7000 for St. Jude Children Hospital, making him the top contributor to St. Jude amongst Chicago Marathon entrants.

After the Oct. 11 event was officially cancelled this summer, Levy set up his own socially distanced marathon course on Chicago’s Lakefront Path, running the entire 18-mile path north-to-south, and finishing downtown at Grant Park’s Buckingham Fountain on Oct. 10. ASA Board of Directors Member Roger Holmes and his sons Tanner and Trey manned water refill stations on the course along with a few of Levy’s friends and family. Smart Tan CEO/ASA Executive Director Matt Russell made a surprise appearance at the 20-mile water station and at the finish line — with donuts. 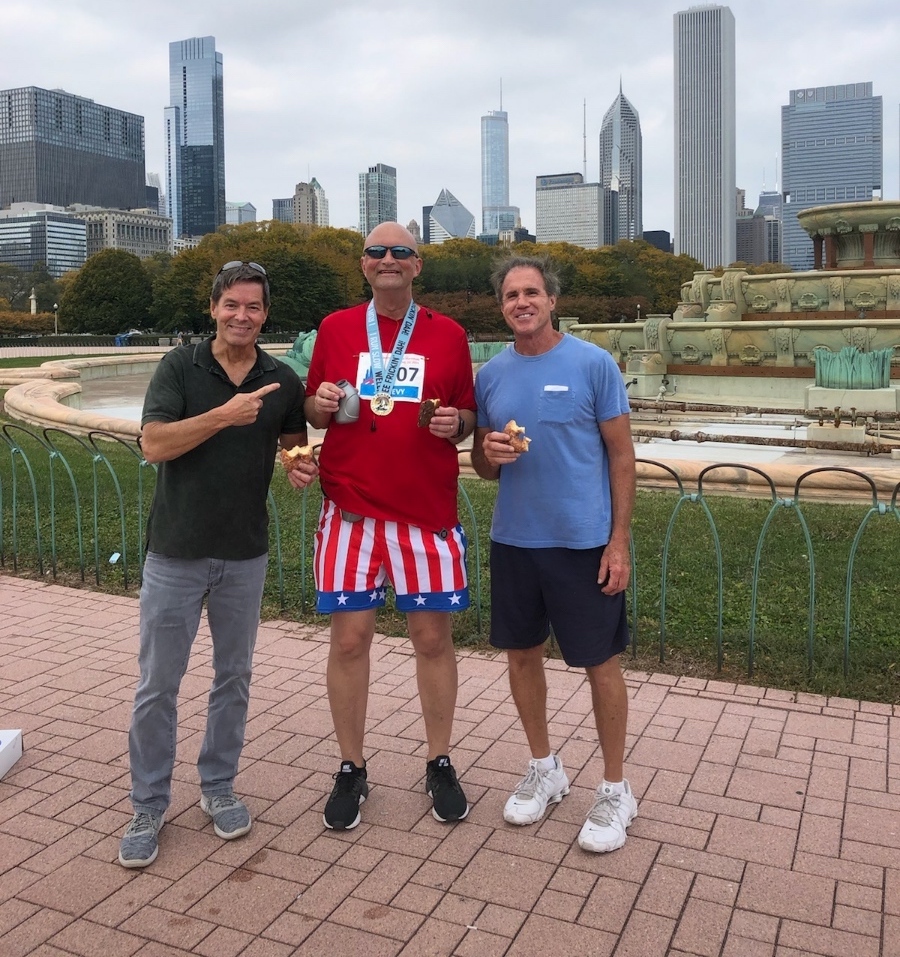 Via a post on Facebook, Levy shared his experience and thanked those who contributed to his fundraising effort: “THE REAL MARATHON VICTORY!!” he wrote. “Thanks to everyone who contributed to St. Jude Children’s Hospital — my charity benefactor for The Chicago Marathon. We did it!!! Through our combined effort we exceeded our goal and finished race day as St. Jude’s top contributor among Chicago Marathon entrants. We didn’t let the pandemic stop us. Truly wonderful.”

Congrats, Joe and thanks for running for such a great cause!